Sudi Sharafshahi’s Subway Series is an ongoing project that began in 2009. Photos of actual New York City subway interiors are combined with drawings of passengers that capture the essence of their feeling and impressions, both real and surreal, and at the same time, in a satirical way.

Sudi sees the mechanical reality of subway riding through the eyes of an artist, creating a new world that is all about love and a passion for life. She believes these passengers remind us of the warmth of deep love between parent and child, the beauty of attraction between lovers, and sadness, hopelessness, frustration, and many other emotions, which help us to grow and become more human towards others.

Sharafshahi is a painter, sculptor and cartoonist who works and lives in New York City. She studied fine arts at the Tehran University, continued her studies at the Royal Academy of The Hague Netherlands, and graduated from New York University.

She has been exhibiting extensively in the United States and abroad.

She has won several painting, sculpture, and graphic design awards including the Medal of Honor for her sculpture in the Catharine Lorillard Wolfe Exhibition in 2015, the Merit award in Human Right Art Exhibition in 2014, and The Art Direction Magazine International Award, New York 1986, 1987.

Her work is part of the permanent collection of the Modern Art Museum of the Hague, Netherlands.

Along with other series, she created the New York Subway Series, which is about people in the New York City Subway. 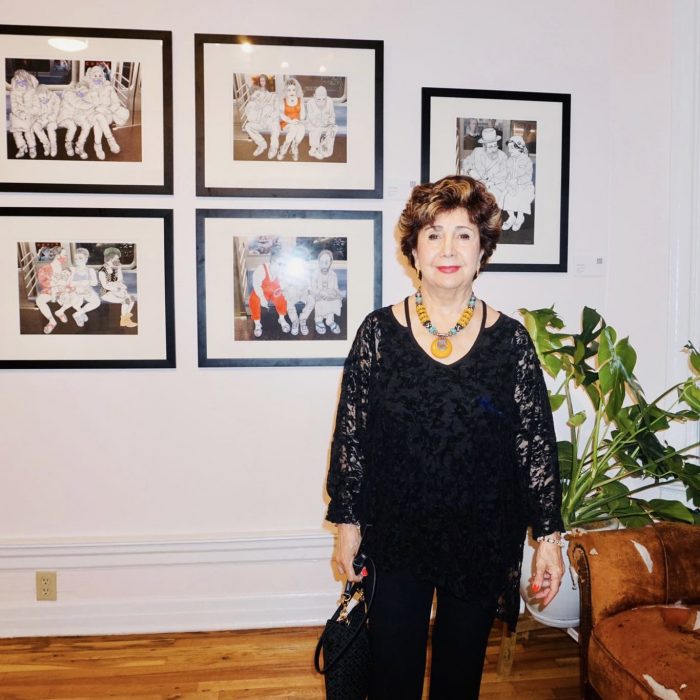 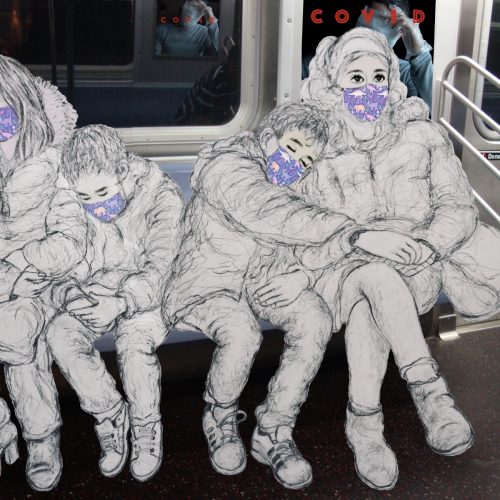 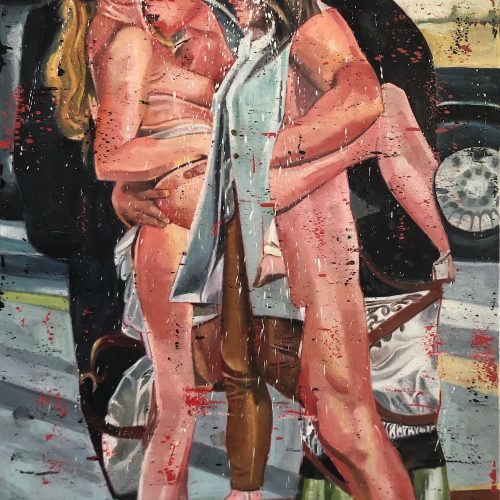 After over a year and a half of shutdown, distancing, and virtual correlation, we are extremely excited for you to experience this unique and exclusive body of work in person. This event brings together seven world-renowned and celebrated American-Iranian artists in a group exhibition.

Dancing for one’s own pleasure is one of the most gleeful expressions of happiness. It opens up the heart and connects us to our innermost self. Similarly, an artist’s process induces a state of euphoria in them. When engrossed in their work, they dance, as if bearing witness to creation.

We are all connected. Let’s build and repeat together.

Sign up for The Bridge & Tunnel newsletter with the best happenings.